All of our sponsored children are back in school!

2020 was a tough year for them. President Kenyatta shut down all schools in March 2020. They only re-opened in early January 2021. The children lost one full year of schooling.

There is one bright light for Winfred Gauchugi, one of our Form 3 girls. (Form 3 is the equivalent of Grade 11 here in Canada). 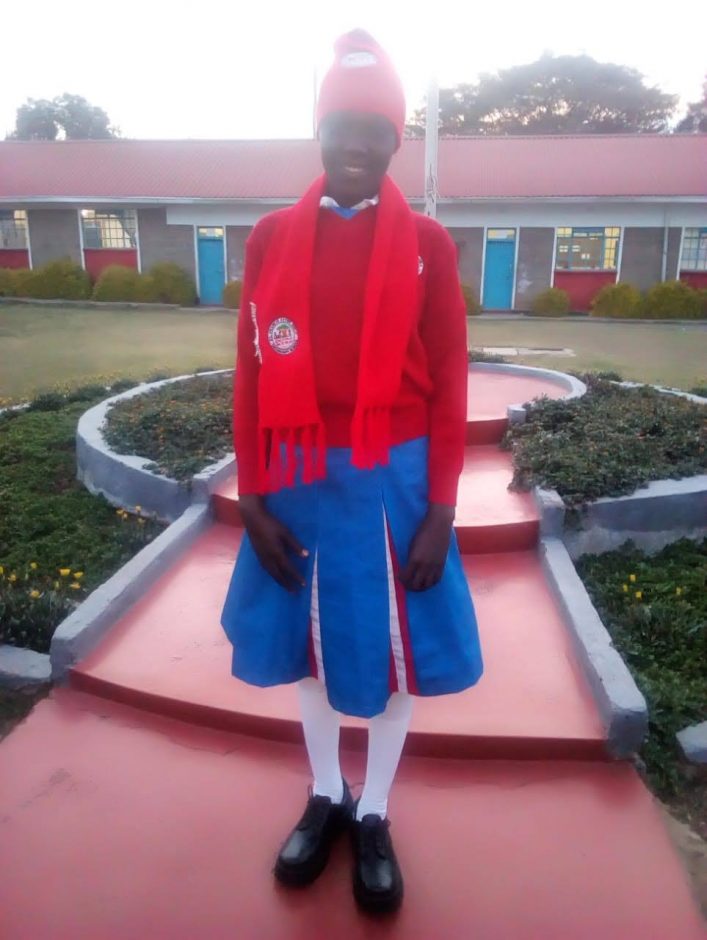 Winfred was able to write some exams and scored high enough to be able to enter Form 4. She will graduate next spring, 2022. In the end, she will have lost just one semester, not an entire year. Winnie is thrilled!

One of our Pokot girls, Valentine is now in an exceptionally good school in Nakuru County. Valentine has had a particularly challenging upbringing and we decided to sponsor her in a more expensive, boarding school. It is called St. Francis Xavier Girls’ Secondary School.

Valentine is incredibly happy now, as you can see from the pic! She is the one in a red and blue uniform.

All of our other 13 Pokot girls are back in school at St. Luke’s Kasitet Primary School. They started January 6th, 2021. On March 16th they were sent home for their first break. They will be back on May 12th. 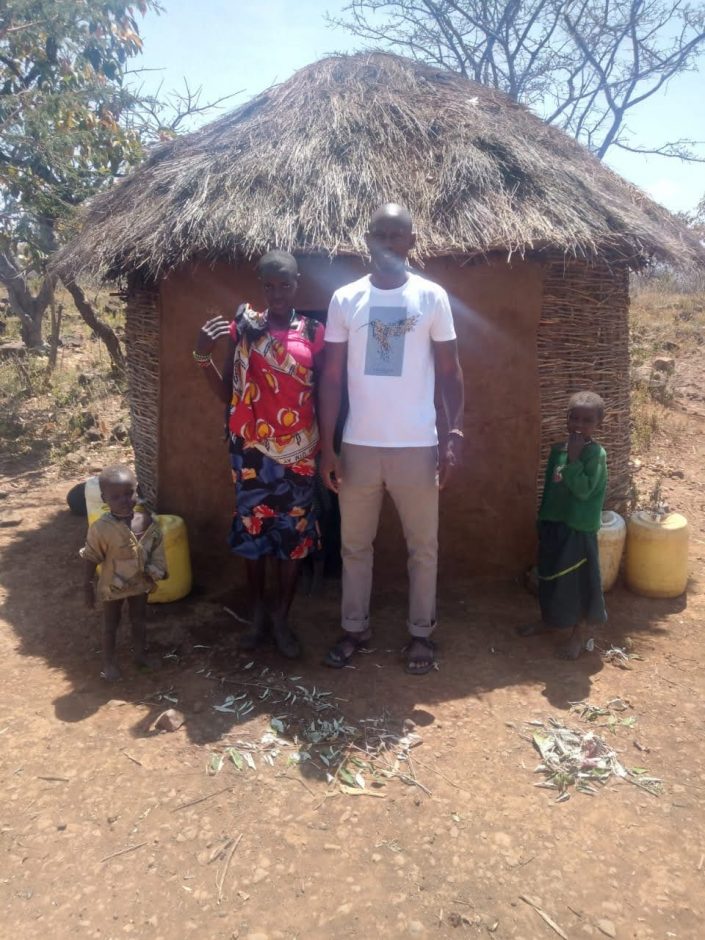 Little Blessy, a special needs child, went back to school where she gets the extra attention she needs for her development. She is now home with her Aunt Agnes for the break.

Nahashon, who is studying to be a lawyer at Embu University is doing fabulously. He has been entering debates and legal clinics. A retired Kenyan judge has taken him under his wings and is mentoring Nahashon. We are enormously proud of Nahashon.

As of the beginning of 2021 we are sponsoring Becky whose mother, Monica, works as a casual laborer in our permaculture projects. It is hard to imagine a more generous person on earth than Monica. She has 5 children of her own. A few years ago, she took in 4 more orphans from one family. Both parents had died. The government tore down the house they were living in. (They said it was too close to the road).

Monica took them in, at the cost of her own marriage. (Her husband said, “if you take these kids in, I am leaving you”. And he did). Monica lives in a tiny hut and rents another shack for a few of the olderkids. She asked us to support her daughter Becky who is at the University of Thika. We agreed.