In June 2019 we visited a small village near Molo, Kenya called Kisii Ndogo and were shocked at the struggles and poverty of the people. The entire town were Kenyans who had been re-located from other parts of Kenya from 2007 and 2012 post-election violence.

To make a living men look for casual labour or make bricks from the soil. This strips the topsoil making it harder and harder to grow anything.

We brought in a permaculture expert we had worked with on a prior project and with a very small budget managed to transform a small area in the central part of the town. The expert, Joash Barasa, gathered a group of volunteers from the town, and together with our Kenyan daughter, Winfred (who has been trained in permaculture) they created a small community garden and demonstration site.

A lot was measured and fenced. The ground was hard and had been stripped of a lot of it’s topsoil. It needed to be broken with hoes and shovels – hard manual labour. Manure and compost had to be brought in to nourish the ground.

Swales were dug and leveled. Seedlings and seeds were planted. And, most important, men and women who had been desperate for any kind of work participated fully, and the results were outstanding. 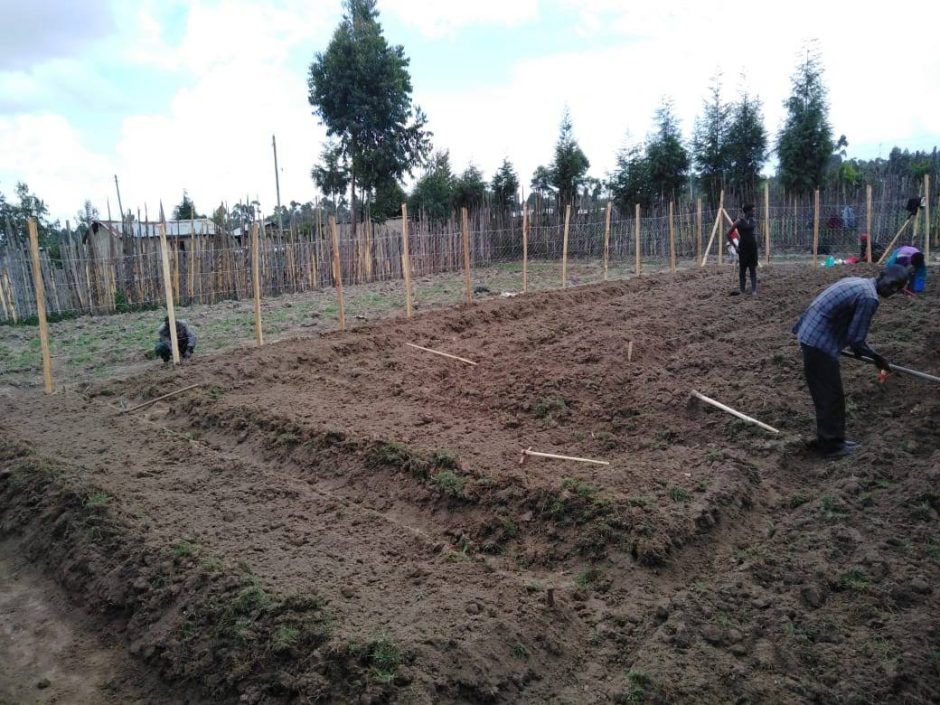 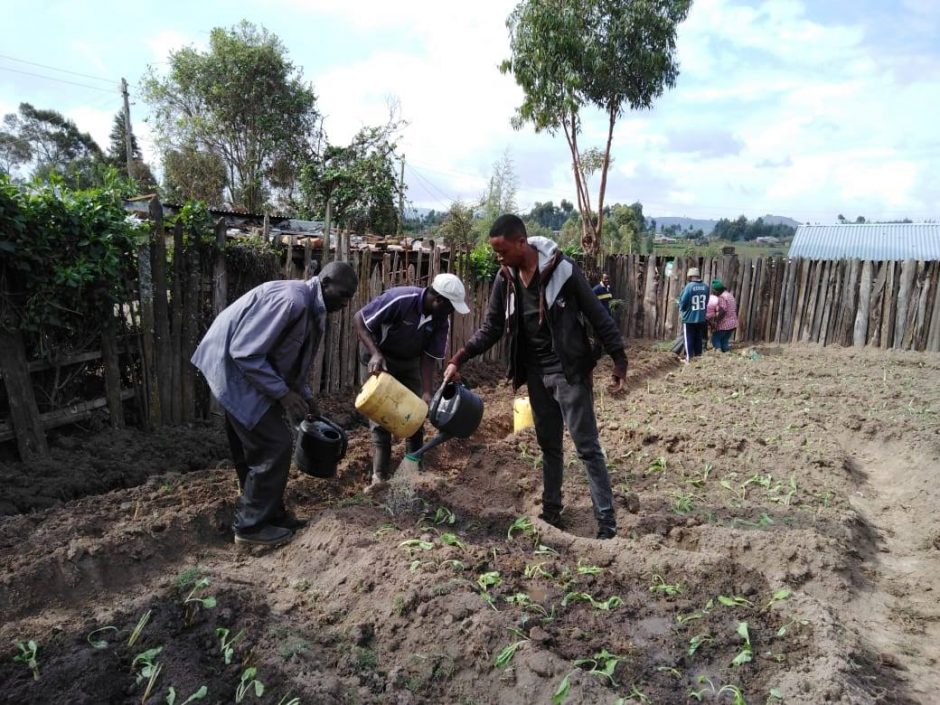 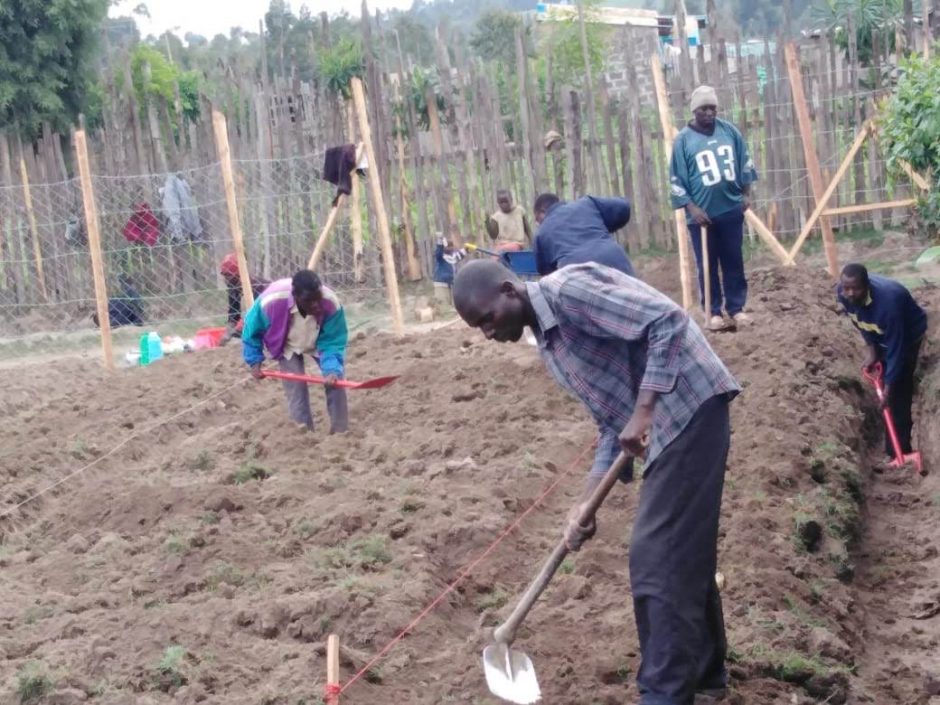